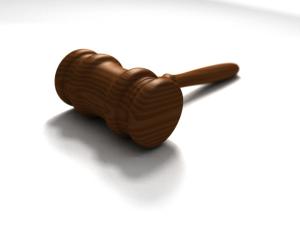 As the empire grew and became strong, many peoples became a part of the Aztec system.  In the world of the Aztecs, the gods had power over people, through the leadership of the emperor and nobles, and of course through the priests.  Interestingly, though, when it came to law, religion was less of a factor than in most of Aztec daily life.  Practicality played a larger role.

Though the power was someone centralized, the empire was still really a loosely connected alliance between various cities.  These cities shared a common emperor and often a similar heritage, so laws were similar throughout the empire, but not exactly the same.  And so Aztec crime and punishment did vary from city to city.

Aztec laws covered almost every aspect of life.  This included laws about marriage, inheriting an estate, the class system, and economic situations.  As an example of a law intended to protect the class system, a common person was not allowed to decorate his house or dress in lavish clothes as a noble was.  Regarding marriage, a man could have as many concubines as he wished, but only descendants of his original wife could inherit his estate.  Divorce was allowed in certain situations, but the woman would get half of the couple's assets, and was free to re marry.

It's hard to know today how much crime there actually was in the empire.  As we will see, punishment was harsh.  Although some crime was overlooked, much of it was efficiently dealt with through a system of courts.  Some crimes considered serious would include stealing from another's crops, public drunkenness (except at a festival, or if you're over 70 years old), and murder.

Most crime was dealt with in a local court, where senior warriors would be the judges. If the crime was more serious, it could be tried in Tenochtitlan in the teccalco court. Very serious cases, such as those involving nobles, could be tried by professional judges in the emperor's palace. These judges may even include the emperor himself.

The fact that much of the Aztec crime and punishment was swift and local made the system efficient, which it needed to be without a system of prisons.

Remember that the people at the heart of the empire had recently been fairly nomadic.  A system of prisons was impossible, so Aztec crime and punishment had to develop along totally different lines.  There were no prisons, and no torture.  Instead, the death penalty was a common punishment for crime.  The criminal could be taken to an alter and put to death, strangled, or even stoned on the spot.  The nobles, who were supposed to set an example, often got harsher punishments.

Of course in Aztec crime and punishment, there were many crimes that were not considered nearly as serious.  In these cases, people would simply be required to make restitution.  For example, if there was a fight, the one who started the fight might be required to pay for the medical expenses.  Or, of course, if something was stolen it would have to be paid back, though often even minor theft would be punished with death.

Slavery was often a punishment as well.  In the Aztec empire, slavery was a common way to pay back what was owed.  Exile was also a punishment in certain cases.

The University of Texas at Austin has an interesting site about law in Mexico before the conquest, which includes information about Aztec crime and punishment.  If you want to learn more, this is a great place to start.